What is the quality of life in Iowa’s small towns? You are invited to talk about your town through the Iowa Small Town Poll. The poll asks Iowans like you to assess local services & amenities, social conditions, and quality of life. The goal is to inform policy discussions that impact rural areas and small towns in Iowa. Your participation is critical. No other project in the U.S. examines community life for such a large number of small towns, as this poll has done now for over two decades. The poll allows us to provide unique insights into the changes occurring in small towns across Iowa and the Midwest and relay this information to inform community development and policy discussions. 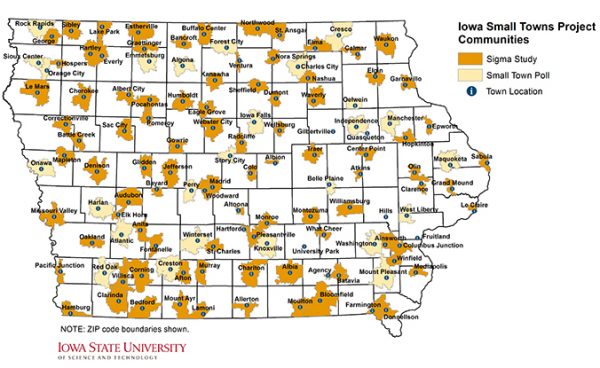 The poll is designed as a web-based compensated panel, meaning we will survey the same respondents every 2 years using email contacts, web-based surveys, and financial compensation. To obtain participants in the first year (2016), we obtained the universe of postal addresses by community ZIP code from InfoUSA. The target sample for each community was 5% of the place population with a minimum sample of 225 residents. After first including previous respondents from the 2014 Sigma Study, additional addresses were randomly sampled to meet the target sample size. Participants were initially contacted by mailed postcard that briefly explained the study and directed them to the Iowa Small Towns Project website. A second reminder postcard was mailed approximately 2 weeks later to non-respondents. At the Iowa Small Towns Project website, respondents were directed to an Iowa State University Qualtrics server to complete the survey. After obtaining informed consent, respondents completed a 20-25 minute questionnaire. 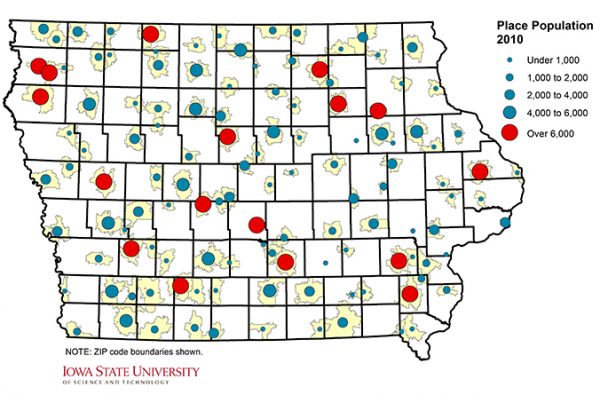